Glycerol supplementation in bodybuilding and athletics has been on and off for the last 20 years. We all know that glycerol is the ‘fatty-acid backbone of triglycerides…” But what happens when we supplement with glycerol? Well, we’re here to let you know.

To bodybuilders that know a thing or two, glycerol can improve performance in the gym, as well as increase muscle size before a show.

Because of these two benefits, glycerol is a popular ingredient in select pre workouts like MTS Vasky and 360NitroDrive that we’ll touch on below.

But is that all you need to know about glycerol?

If you are going to supplement with glycerol for performance or aesthetics then you should read the information we have compiled for you below.

What Glycerol Does in the Body:

Glycerol is a hydrophilic molecule found in every cell within your body. Like creatine, glycerol is both natural, water loving, and essential to your survival.

Due to glycerol’s water affinity, glycerol has been used for ages in the baking industry as both a sweetener and a food moistener.

In relatively recent bodybuilding times (20-30 years ago), physique show competitors discovered that supplementing with glycerol allowed them to ‘pump up’ the water in their muscles to create a much more full appearance.

Later on, actual research has been conducted into the physiological effects of glycerol supplementation on the body.

Glycerol Increases Fluid inside Cells and In the Blood

It turns out, that when one supplements with glycerol, they hold more water both in the blood as well as inside muscle cells.

This creates the state of hyper hydration, which, can prolong performance by delaying the onset of dehydration caused by exercise or hot conditions.

Due to this, endurance athletes can benefit from glycerol supplementation via postponed dehydration and dehydrations corresponding hindrances.

Much of the same can be said for bodybuilding, with, the addition of pump.

Now, this isn’t pump brought on by nitric oxide, as that is a totally separate process. Instead, this is pump brought on by hyper hydration combined with muscle cell fullness, a perfect anabolic condition that produces power and the appearance of extreme muscle growth.

The Best Form/Type of Glycerol Supplement

In the supplement industry, all forms of glycerol are not comparable.

Due to this, we strongly advise our readers to seek out Hydromax Glycerol by glanbia. Currently, Hydromax’s proprietary combination of glycerol and silica is the most stable form of glycerol supplementation available. Not to mention it has a very high glycerol percentage compared to competing forms like glycerol monosterate.

Superior Shelf Life – since glycerol is water loving, lesser forms can hydrate through air contact and begin to clump and spoil.

High Glycerol Content – Hydromax’s glycerol is 65% glycerol, which can be compared to other forms that rank in at about 6-8%. Therefore, less hydromax glycerol is required per serving.

How to Take and Dose Glycerol Supplements

While many supplements boasting the benefits of Glycerol only have 100 to 500 milligrams of actual glycerol in them, the truth is, you’re going to need more like 1-3 full grams (1 gram = 1,000 milligrams).

Our team has found that 3 grams of Hydromax Glycerol is the ideal sweet-spot for pre workout supplementation.

By now, you’ve heard us mention “Hydromax” glycerol quite a few times. Hydromax is a patented form of Glycerol, that is available to supplement manufactures to purchase. With that being said, there are several Hydromax glycerol products. Below, we have our preferred glycerol supplements. 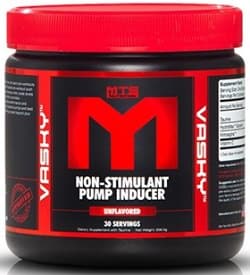 Vasky is a cocktail of Taurine, Hydromax Glycerol, and Nitrosigine. Together, these pump producers unite to create a seriously awesome pump experience. When you take Vasky, your vascularity goes way up, as well as your muscle fullness.

With that being said, you can reasonably take Vasky daily just to look bigger. Alternatively, the majority of MTS Vasky users take this product along with their pre workout for epic pumps and energy combined. You can read our full MTS Vasky review here.

Get MTS Vasky on Amazon 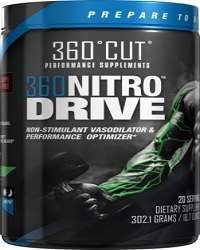 360NitroDrive is a stimulant free pre workout, with many different ingredients in it. But, besides citrulline malate, the next big ingredient is Hydromax Glycerol. All around, 360Nitrodrive is an awesome stim free pre workout experience.

You can read our full 360nitrodrive review here. 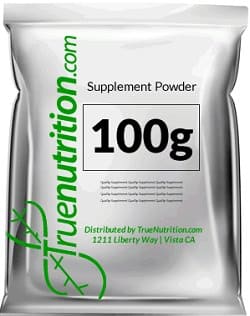 If you want pure, unadulterated bulk Hydromax Powder, True Nutrition appears to be the best source. Through them, you can get large quantities of this ingredient which you can then utilize straight, or in your own custom supplement concoctions.

There has been a lot of hype about HydroPump and Core Nutraceuticals Pump…. But we haven’t had the chance to try either of these two products yet.

We are including them here on this page, simply because there are not that many Hydromax products out there.

If you have tried either one of these, please give us your feedback below in the comments section so we can compare your experience to our own once we try them out.

When taken right, Glycerol is an awesome supplement to experience. It has several benefits, and several different feasible applications for bodybuilding and endurance athletics.

If you do try out glycerol, we recommend going with a product that uses the patented hydromax blend of glycerol and silicon. This is the superior form.