Whether you realize it or not, estrogen is the trump-all end-all hormone that devastates your manly ability to both build and maintain cut lean muscle. It’s a sneaky little hormone. A sneaky hormone that packs a giant punch; the punch that turns your hulk-smash fist into a pathetic weak open hand.

And the worst part is – nearly every negative aspect in your life (even things you may not realize) turbo boost estrogen production and domination over your manhood. 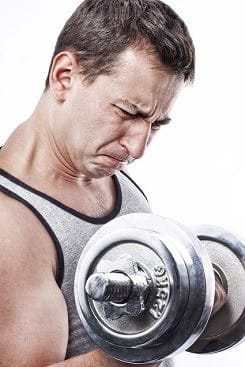 The benefits of lowering Estrogen as a Bodybuilder

With the reduction of estrogen comes many benefits for men that can be directly applicable to building muscle through weight training. Most likely you have heard of these hang-ups, and assumed them to be just another part of the hard ships of putting on lean mass. But that’s not necessarily the case.

Perhaps now you will learn (and apply correctly) how to get that extra muscle building edge in the gym that you sometimes see in those guys that just seem to always be getting bigger and more cut with virtually no fat accumulation.

Here are the benefits we see when a guy lowers above average estrogen levels:

The blatant truth about estrogen is that it is the female hormone, and even though you’re a man, high estrogen levels will give you female characteristics all the same as high testosterone will give a woman masculine characteristics. The only difference is that as a man you are being ambushed at every corner with estrogen increasing factors you don’t even know exist. Pair that up with lifestyle habits that you know are bad (but can’t do that much, can they?) and you’re in a whirlwind of fat accumulation and muscle growth stagnation. 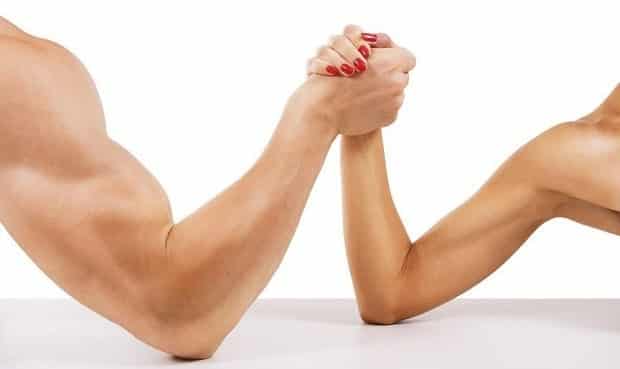 This is ‘wake up time’ guys. You can either take the red pill or the blue pill, it’s completely up to you. So where is all this excess estrogen coming from? Answer: nearly everything modern civilization tries to feed you or make you touch! With a few hot spots in particular which we will cover right here right now, that if avoided will raise your odds for building muscle thanks to less estrogen nonsense.

Nonsense that now you can be free of to move forward and grow your body in the gym while everyone else is stuck behind in estrogen chains (yes, this is a little dramatic… But to a guy that is currently being held back by estrogen it makes perfect sense).

Excess body fat is one of the largest burdens on a man’s ability to build muscle based how fatty bodies exert ‘estrogen factory’ tendencies. This does not mean you are out of hope, and you can certainly dig yourself out of this hole. But, it will be more challenging than from a skinny start point.

Giving recognition to body fat isn’t meant to make chubby guys that want to lose fat and build muscle feel bad. Rather, we are mentioning it so that guys will understand that gaining fat doesn’t have to be part of a bulking phase (and shouldn’t be).

Remember all that BPA buzz that used to go around? Well, turns out its right. Incredibly right. Especially for a guy trying to build muscle. Turns out, all those nasty chemicals in plastics (yes, even the plastics you drink out of and your frozen meals come in) not only contain cancer causing chemicals but these chemicals also mimic and surge the negative effects of high estrogen levels.

To combat this, you can go the Nalgene route which is BPA free. But, what I personally do is go the glass route. To do this, just use glass cups or mason jars at home and then find a sealable glass container to use as a water bottle. For me, I bought a VASS water just to use the 800 ml glass bottle indefinitely. If you can find something better, let us know!

This solves half the problem. The other half remains if you partake in frozen meals that come in plastic or even worse if you microwave food in plastic containers. To antidote this partially, you can transfer items to glass before microwaving if necessary.

The EMG waves released by cell phones, computers, tablets, and any signal-sending device are devastatingly cancer causing, testosterone lowering, and estrogen raising for men. This is a muscle destroying combination that cannot be eliminated, but can be moderated.

What I do personally to limit my exposure consists of: turning unnecessary electronics off at night like computers and tablets. Turning wifi and data off at night on my phone and putting it at least 4 feet from my body. Keeping my phone in the center console while driving and not in my pocket. This surely is better than the latter, but there is always more you can do. If you practice any methods for reducing EMG exposure please share below. 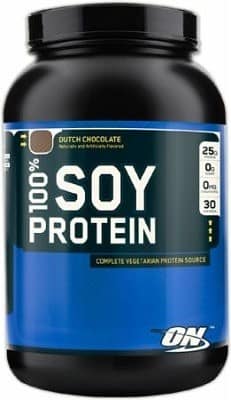 The estrogenic effect of soy products via phytoestrogens is partially based on sensitivity that varies person to person, but it’s certainly enough for me to avoid estrogen as a whole. For the first time, I actually read a Men’s Health article that I liked, normally I find their content light and inaccurate but highly recommend you check out this study they did on the negative effects of soy (especially if you consume soy and don’t plan on changing).

See, in soy there are two phytoestrogens in particular that wreak havoc for men: genistein and daidzein. It has been found that quantities as low as 25 grams of soy can contain enough of these phytoestrogens to increase estrogen in men. What’s worse is that soy is promoted as a fast absorbing protein source for bodybuilders. If you have bought soy based protein, I recommend you take it back. Going a step farther, I suggest that you start checking all your foods for the presence of soy. You will be surprised by what you find.

Lack of sleep as a whole influences estrogen production by interfering with the entire hormone cascade that takes place in your body. This is because, while you sleep your hormones naturally align. For instance, as a man, the majority of your testosterone is produced while you sleep.

Literally, every additional hour you sleep, you make more testosterone than the hour before it (the rate accelerates until about 9 hours in). So then, what happens when you only get 4 or 5 hours of sleep? All balance is out of wack. And this balance isn’t just caused from testosterone being low.

Rather, we must additionally factor in the testosterone to estrogen ratio where in this scenario testosterone is reduced all the while estrogen is increased which when joined together really messes up your body’s interpretation of self.

Adrenal fatigue can make you into an estrogen factory as well. Adrenal fatigue often occurs with the combination of lack of sleep alongside use (often overuse) of stimulant products. This can range from pre workouts and fat burners to coffee. Now, taking these supplements in moderation is fair game, but when overused they can significantly backfire with the negative effects of adrenal fatigue.

Typically, with adrenal fatigue you will feel tired often, stimulants won’t give you the same kick in the butt, and as a whole something may feel off. This is due to your adrenal glands being overused and not producing the same amount of adrenaline. This both messes up your fight or flight reactions as well as interrupts some pretty essential endocrine and hormonal signaling which as you can guess – raises estrogen levels (by reducing estrogen destruction) and reduces testosterone production. This combination sends your muscle building potential down the drain and welcomes fat in the door all day.

Both alcohol and drugs alike (ie: tobacco, marijuana, etc) have an estrogenic effect in males even at low concentrations. This has been proven in several studies, one of the best you can see here for free at NIH.gov where individuals not producing estrogen at all exhibited estrogenic effects after being administered alcohol. This was attributed directly to the phytoestrogens present in abundance in fermented alcohols.

Yes, unfortunately even ‘standard’ US agriculture can be actively raising estrogen in men who just want to build muscle. This spans from hormones added to animals all the way to fertilizers and pesticides applied to plants. Both of these, when entering a males body even in small (consistent) doses has an estrogenic bodily effect. Of course, this one isn’t always avoidable. But, you can make an impact by going organic in your meat and vegetable choices at the store. It will cost your wallet more but hurt your manliness less.

Likewise in processed foods, many shampoos, soaps, and shaving creams contain preservatives, scents, and dyes that when absorbed through your skin mimic estrogen. These include parabens, placental extracts, and UV screens (sunscreen). Once on the skin, a significant portion does absorb; significant enough that women undergoing breast cancer treatment must use particular soaps and shampoos to avoid this. So, if it’s raising their estrogen it’s probably raising ours as men too.

Lavender is an unexpected estrogen promoter that should be avoided by men and children. You can see in this Live Strong article how lavender oil has been found to produce estrogenic effect in boys. 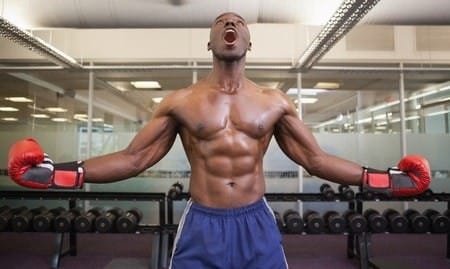 The time of busting balls isn’t over yet. You have seen all the ways society keeps you down and makes you weak. The reasons we’ve listed above may be the reason why your past few years of weight training have only produced mediocre results. So it’s time to kick your dedication up a notch. Stop the soy, get the sleep, drink from glass, etc. It’s not even hard to do, is it? Literally, if you can modify just a few of the habits we have listed above, you will benefit your body as a male.

This is quite possibly one of the most interesting articles we have ever written here at BestWorkoutSupplementsBlog.com. Seriously, we knew that things like plastics and not enough sleep were costly to muscle gains; but we never imagined that everything ‘easy’ in life was an estrogen threat. We’re going to keep working on this one, and appreciate feedback as well. This article is both about lowering estrogen to build muscle and lose weight; but it’s also about existing in the world the way you should and not being transformed into a pesky little weak beta-male because of the sustenance promotion on TV and at the grocery store. Now go get your gains.