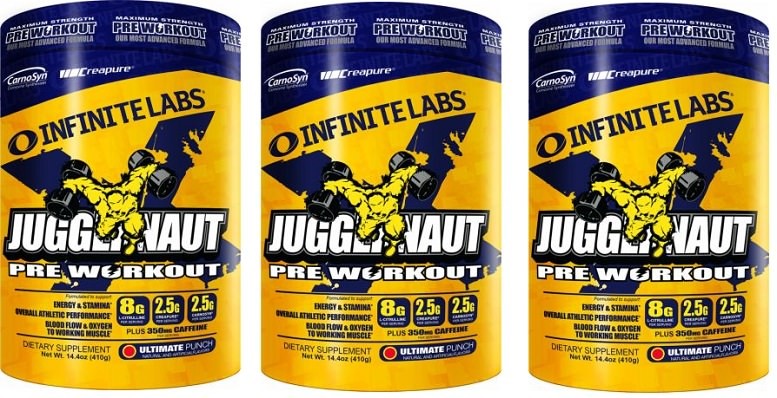 Infinite Labs has been in the pre workout game for quite some time. First, there was Juggernaut, then Juggernaut HP, and now – joining HP is the new Juggernaut X.

Juggernaut X Review: In the Gym

Juggernaut X in the gym is not like Juggernaut HP or its original forefather (patient 0) – Juggernaut. Not in the slightest.

When we looked at the ingredient label, we thought – ok, there should be a really good pump since there is both 8 grams of L-citrulline and Agmatine in here. Unfortunately, that wasn’t the case. Yes, there was a pump, but it wasn’t the ‘holy pump’ that we were hoping for with such a large citrulline dosage.

Next, the stimulant blend of 350 mg straight caffeine… Upon taking Juggernaut X, the energy was there (along with some serious beta-alanine tingles). It was laser-like focus, but after an hour of training, it wasn’t too intense. In fact, it seemed to wear off faster than it should for such a massive dose. Perhaps it hit hard fast and absorbed quickly with the citrulline? We don’t know.

BUT, for that hour where it was active – we felt it and the workout was good. Just like the clinical studies say, the feeling of effort was decreased as we powered through our sets.

Did we break any PRs while taking Juggernaut X? No. Were we blown away like we wanted to be? No. But, if given the choice of going to the gym without any pre workout, or with juggernaut X after a long day’s work… You better believe that we will happily take Juggernaut X to get more out of the gym.

Overall, we wanted this pre workout to be a big deal to us, but it wasn’t. To you, it may be a different story. After all, we’ve taken pretty much every pre workout that’s out there, and with that, comes a bit of a numbing to the middle ground pre workouts that would still seem ‘awesome’ to guys trying pre workout for their 5th or 10th time.

As you can see above, Juggernaut HP only had a serving size of 6.5 grams. But, those 6.5 grams were extremely diversified across many, many different ingredients. While this didn’t meet very many, if any, clinical dosages, it did provide a better experience than the fully disclosed Juggernaut X.

As you can see, Juggernaut X has 7 well-dosed ingredients. Unfortunately, if we could, we would rather take the original Juggernaut. 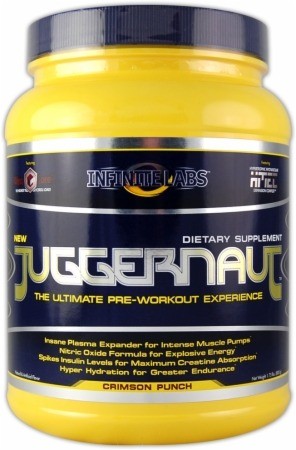 Ask anybody in the gym whose taken it and they’ll say “that Juggernaut HP Pre Workout is pretty BEAST”. Formulated with quality potent ingredients Juggernaut HP is a muscular energy powerhouse. While the energy side of the equation is modest, provided with  150mg of caffeine anhydrous; the muscular power side of the equation is a whole new monster. Juggernaut HP boasts multiple creatine pathways in addition to malic acid and other ATP synthesizers that compliment the production of energy through heightened metabolism. This increase in cellular energy allows for a stronger response to extraneous stimulus. In laments terms – your going to lift a whole lot more weight!

The type of person who will benefit the most from Juggernaut is the guy who goes to the gym to lift seriously heavy weights with the intent of building muscle. This pre workout is not for the cardio fanatic or the guy that just wants to get toned.

A lot of guys have been asking us what’s the difference between Juggernaut and Juggernaut HP. This is a great question to ask! Lets go over the facts. 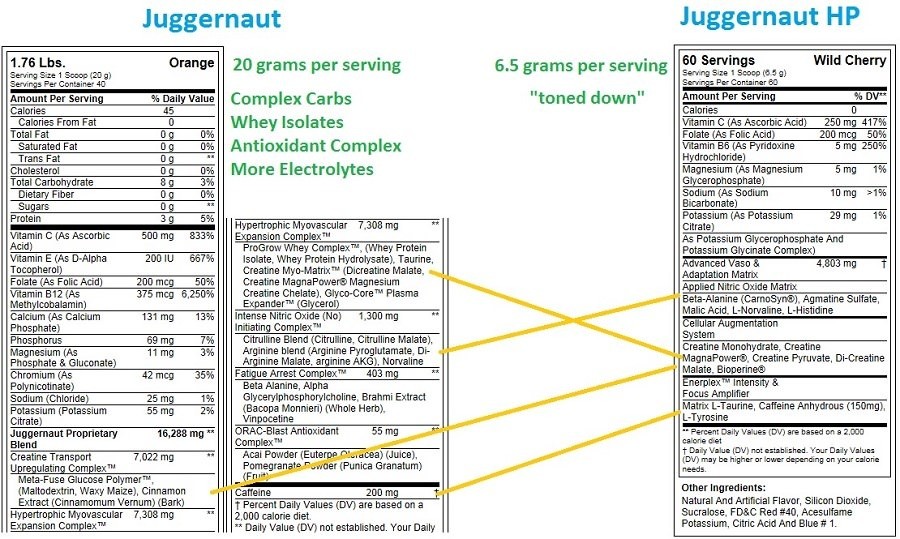 As you can see, the Juggernaut pre workout formulation is much broader and muscle growth intensive than the toned down Juggernaut HP version. This leads us to believe that the standard Juggernaut formulation is superior in muscle building potential, and the better fit for guys that want to build serious mass.